Firm to acquire Cate Drilling Solutions LLC in the US and Rockdrill Services Australia Pty. Ltd

ATLAS Copco are to acquire Utah-based Cate Drilling Solutions LLC for an undisclosed sum. The company, which distributes and services Atlas Copco drilling equipment, is active in the US states of Utah, Nevada, Wyoming and Idaho. END_OF_DOCUMENT_TOKEN_TO_BE_REPLACED

Perkins Engines Company has announced it has promoted Andy Zuckerman to the newly-created position of global rental manager. END_OF_DOCUMENT_TOKEN_TO_BE_REPLACED

INSPIRED by the growing popularity of their SiteZone proximity warning system, anti-collision health and safety experts OnGrade have decided to use SiteZone Safety as their public-facing brand.
END_OF_DOCUMENT_TOKEN_TO_BE_REPLACED

The machines used for utilities projects are often specialist machines with a specific goal in mind, and this is partly a result of the changing nature of the work involved.

When it comes to laying fibre optic cables, for example, this is still a relatively new area of work, but it is now one that is in great demand.

Ditch Witch has introduced the new MT9 microtrencher attachment, which it said was designed to improve productivity and to reduce the cost-per-metre on small fibre jobsites.

END_OF_DOCUMENT_TOKEN_TO_BE_REPLACED

By Christian Shelton for KHL.com
22 November 2017

Dutch mobile folding tower crane manufacturer Spierings Mobile Cranes has launched what it describes as the “first hybrid electric crane”, the SK487-AT3 City Boy. It says it developed the City Boy in response to the increasing number of cities around the world banning vehicles with diesel and petrol engines.

END_OF_DOCUMENT_TOKEN_TO_BE_REPLACED

By Christian Shelton for KHL.com
14 November 2017

Rough terrain cranes could be described as pioneers of the jobsite. They are often the first cranes there, equipped to travel over rough ground, leading the way for other types of cranes and equipment to follow. This pioneering spirit can also be seen in the approach rough terrain crane manufacturers take, breaking new territory with ever higher lifting capacities, longer booms, smaller dimensions, greater safety, and more advanced control systems. The boundaries are being redefined all the time. END_OF_DOCUMENT_TOKEN_TO_BE_REPLACED

Manufacturing giant Liebherr has celebrated the delivery of its 75,000th excavator, a mere 63 years after producing its first machine. END_OF_DOCUMENT_TOKEN_TO_BE_REPLACED

Perkins Engines has revealed a world first – an oil filler cap that tells you when to change your oil.

The device was unveiled by the firm at its 85th anniversary gala dinner, which took place within the UK’s Peterborough Cathedral.

New oil sensors on Hitachi machines are claimed to be the first of their kind in the construction industry.

Hitachi said it had developed the innovation as part of its ConSite remote fleet monitoring system. It said it extracted data from two sensors that monitored the quality of an excavator’s engine and hydraulic oil, all of the time. END_OF_DOCUMENT_TOKEN_TO_BE_REPLACED

DEERE & Company (John Deere), the Illinois-based agricultural equipment manufacturers, have signed a definitive agreement to acquire the Wirtgen Group for €4.357 billion in cash. Including debt and other considerations, the total enterprise value for the deal is €4.6 billion (US$5.2 billion). END_OF_DOCUMENT_TOKEN_TO_BE_REPLACED 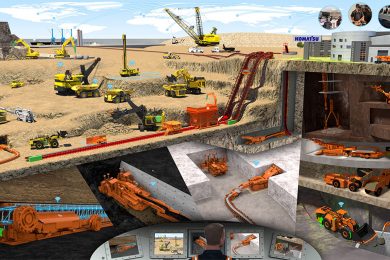 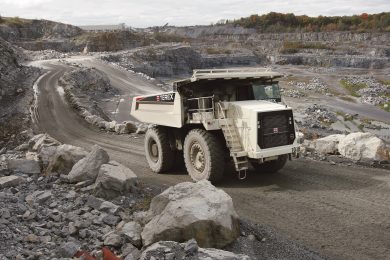 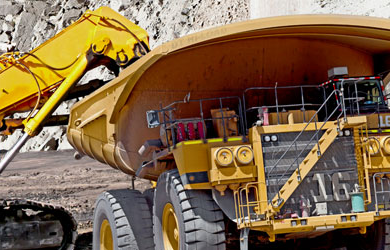 As reported in Nikkei Asian Review, Hitachi Construction Machinery has acquired two suppliers of parts and services for mining equipment with operations in the US and Australia, continuing its expansion into the support business amid sluggish demand in its mainstay machinery market.

END_OF_DOCUMENT_TOKEN_TO_BE_REPLACED 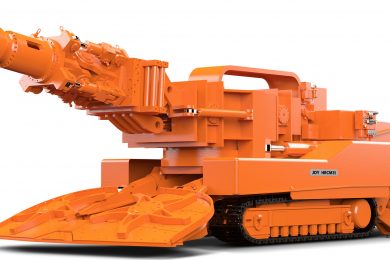 “We are pleased with the outcome of today’s vote and appreciate the support we have received from Joy Global stockholders for the Komatsu transaction,” END_OF_DOCUMENT_TOKEN_TO_BE_REPLACED

Bradken has agreed to a takeover bid by Japan’s Hitachi Construction Machinery (HCM) in a deal analysts say may indicate the worst of the mining downturn has passed. Yuichi Tsujimoto, HCM President said his company believes Bradken’s “businesses are complementary with our mining equipment services business. Both companies leveraging each other’s global network will enable us to strengthen our combined businesses and enhance our earnings.” END_OF_DOCUMENT_TOKEN_TO_BE_REPLACED

Hitachi Construction Machinery Co., the world’s biggest maker of giant excavators, has offered 689 million Australian dollars ($529 million) to buy Australia’s Bradken Ltd. The purchase would be its biggest ever and is likely to boost profit by about 10 percent, Nomura Securities Co. said.